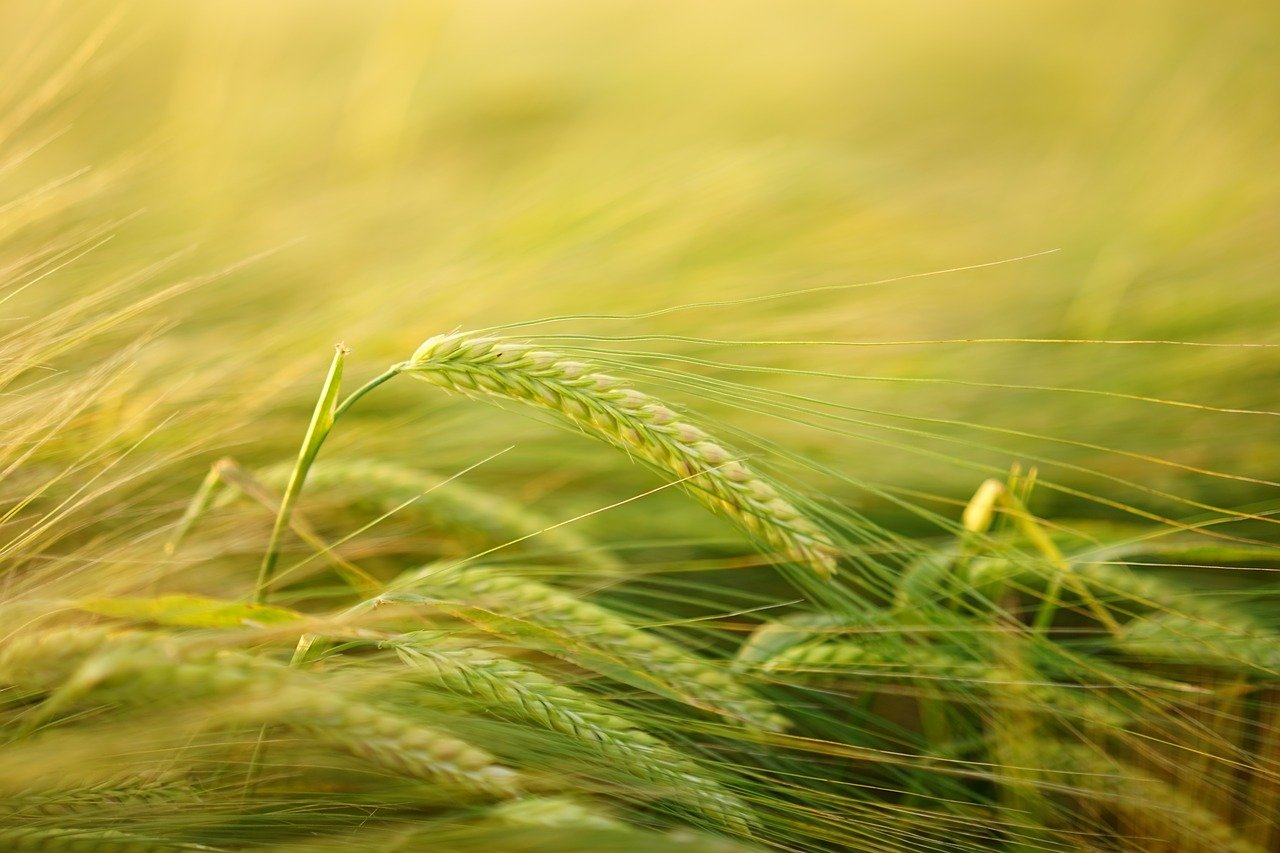 Despite these facts, starvation and food shortage are still rampant issues in many areas in the world. Some experts in agriculture statistics even predict that food shortage will be the world’s most pressing concern by 2050.

Starvation isn’t the only problem agriculture faces. There are also issues revolving around the impact the industry poses on global warming and climate change.

Let’s delve into some agricultural statistics and, hopefully, we’ll gain some precious insights into the industry.

Agriculture is essential for global economic growth. According to the World Bank, 4% of the global GDP in 2018 came from the agricultural industry. In some developing countries, the contribution percentage is a lot higher, reaching even more than 25%.

Agriculture employment statistics state that employment in agriculture has slumped by roughly 7% from 2010 to 2020. While it may seem like a drastic plunge, this change is just a part of a decades-spanning trend. Back in 1991, the employment percentage for the industry was much higher — 43.7%.

3. About 50% of the world’s habitable land is used for agriculture.

(Our World in Data)

The global land area consists of the land covered by glaciers, barren land, and habitable land. According to the data, 50% of this habitable land is used for agriculture, which leaves only 37% for forests, 11% for grasslands and shrubs, 1% for urban areas, and 1% for freshwater.

A considerable percentage of the world population depends on agriculture for livelihood, so any threat to the industry could have a considerable impact on the global economy. The problem is that the industry is one of the biggest contributors to increasing global temperature and irregular precipitation patterns.

These changes disrupt crop yield. Agriculture industry statistics state that the sector produces 10% of greenhouse gases that cause global warming and climate change.

5. 70% of the world’s freshwater is used for agriculture.

According to experts, less than 1% of freshwater is made available for human consumption. Out of this percentage, 70% goes directly or indirectly to agriculture. This is because animals raised for meat, milk, eggs, wool, and leather are fed crops that demand water to grow.

Global trade has increased the risk of plant diseases spreading to different nations and regions. According to FAO, we witness an increase in the number of threats to plants and crops’ health every day.

This is alarming since 20–40% of the world’s crops are already lost to pests and plant diseases every year. Each year, $220 billion is lost due to plant diseases and $70 billion due to invasive insects.

By 2050, the global population is expected to reach 9.1 billion. Researchers have been trying to develop solutions on how to best meet this demand in the future. They estimate that if this prediction comes to pass, the agriculture industry will need to increase its production by 70%.

8. According to animal agriculture statistics, animal farming accounts for 77% of global agricultural land.

(Our World in Data)

Data on agriculture highlights an unequal distribution of land area between land used for growing crops and pastures used for grazing. It is estimated that 77% of agricultural land is dedicated to animal farming, even though livestock produces only 18% of the world’s calories and 37% of the protein.

There are many false impressions about the agriculture industry that the public is too ready to accept. One of them is that most of the US’s farmlands are owned by huge companies. This couldn’t be farther from the truth since US agriculture statistics estimate that 96% of the farms are owned by families, with an average land area of 434 acres.

When it’s done right, agriculture can be a highly profitable business. For example, from 2011 to 2018, employment-in-agriculture statistics recorded a 20% average net income margin. Organic farming, in particular, has the potential to rake in a lot of profit. Between 2012 and 2017, organic farming boosted its profit from $3.1 billion to $7.3 billion.

11. According to recent agricultural statistics, 36% of farmers are women.

The last decade has seen a shift in the tides of farmer demographics. According to agriculture statistics, the number of female farmers is slowly catching up.

While there are still more men farmers today, their numbers dropped from 2012 to 2017 by 38,000. During the same period, statistics on women in agriculture recorded an increase of  258,000 in the number of women farmers. And just a few years ago, approximately 36% of farmers in the US were women.

12. In 2018, the US exported agricultural products worth $139.6 billion, US agriculture statistics reveal.

The US agricultural industry seems to be doing really well since it’s experiencing net positive trade. This means that the US exports more agricultural products than it imports. In 2018 alone, the country exported agricultural goods worth $139.6 billion.

In 2019, 0.6% of the US’s GDP came from the agriculture industry. That’s a total of $136.1 billion that came from America’s farms, judging by the US agriculture statistics.

However, it can be said that the agriculture industry’s contribution is much larger than 0.6% since other sectors, such as food and beverage manufacturing, food services, textiles, apparel, and leather produce, rely heavily on agriculture. When these are combined, agriculture contributed $1.109 trillion to the GDP in 2019.

15. In 2016, agriculture was responsible for 1.9% of the US primary energy consumption.

The US agricultural production consumes many forms of energy — diesel, electricity, natural gas, gasoline, and liquefied petroleum gas. It’s estimated that three-fifths of energy were consumed directly on farms, while two-fifths were used in the form of fertilizers and pesticides.

16. Over 90% of US citizens have either pesticides or some of their byproducts in their bodies.

Every year, US farmers use one billion pounds of chemicals on their crops, including fruits, vegetables, and nuts. Farm statistics reveal that 70% of products have traces of pesticides in them.

In fact, strawberries contain eight kinds of pesticides per sample. In one study conducted by researchers, the suspected carcinogenic chemical dacthal was found in kale. Unsurprisingly, statistics on pesticide use in agriculture estimate that 90% of Americans have pesticides and chemicals in their bodies from eating fruits and vegetables with high pesticide residue levels.

Soil erosion is one of the larger problems farmers face worldwide. In the US, it costs them $100 million annually as it causes productivity loss, sedimentation, and eutrophication.

The stats show that in 2015 and 2016, one US farmer could feed 164 people. This is a far cry from the figures of 1940 and 1950 when farmers could feed only 18.5 and 27.2 individuals, respectively. But since the global population is expected to increase by 2.2 million by 2050, the agriculture industry is pressured to produce more food.

19. Roughly 66% of the US fruits and nuts produce come from California.

According to California agriculture statistics, the state accounts for 13% of the US’s entire agricultural value. This isn’t surprising since one-third of the country’s vegetables and two-thirds of the fruits and nuts come from California. As a result, it is the leading US state in terms of cash farm receipts.

20. Agriculture accounts for 40% of Kansas’s economy.

In 2019, Kansas’s personal income growth was below the national average, and the blame is placed upon the agriculture industry. This is because the industry makes up around 40% of the state’s economy.

According to Kansas agriculture statistics, the industry didn’t perform well in 2019, and the entire state felt the repercussions.

Like Kansas and California, Montana’s agriculture industry also plays a vital role in the state’s economy. This is why an increase in crop production value year-on-year is significant for Montana’s economy.

Illinois farms are among the most crucial players in the nation’s agriculture industry. Food is grown on the state’s 72,200 farms with an average size of 358 acres. Some of the products are swine, soybeans, corn, pumpkins, buckwheat, and horseradish. These farms generate $19 billion for Illinois’s economy annually.

Missouri has always been known for its agricultural diversity. The rolling terrain, rocky lands, fertile fields, and the region’s climate allow the state to grow anything from an assortment of products such as corn, soybeans, rice, and hay to livestock such as cows, goats, sheep, hog, and turkey.

One of the state’s statisticians believes the agriculture industry has been highly productive despite having fewer farms than 20 years ago. As of early 2020, Missouri agriculture statistics show that the country has 92,500 farms with an average size of 290 acres.

25. A more efficient irrigation system could reduce water use in agriculture by 30–70%.

When freshwater becomes scarce and inaccessible, crop and meat production suffers. This means that more people will suffer from food shortages. Recent data shows that about 850 million people annually suffer from malnutrition.

However, experts believe that efficient irrigation systems like drip irrigation and micro-sprinklers can reduce water use by 70% and increase crop yield by 20–90%. These methods could potentially answer the world’s problems with starvation and food shortage.

Indoor farming is believed to yield more produce than traditional farming. This is because crops from this type of farming can be grown all year round and aren’t subject to climate change and weather conditions.

Crops are positioned at 90 degrees, and artificial intelligence is used to provide the optimal environment for each crop. This method is so promising that it is predicted to increase to $40.25 billion by 2022 from $23.75 billion in 2016.

There is no doubt that organic food is slowly gaining popularity in the US. According to the US department of agriculture statistics report, there was a 56% increase in the number of organic farms from 2011 to 2016. Sales have also increased as organic farming revenue rose to $7.6 billion in 2016 from $3.5 billion in 2011.

One of the advantages of hydroponics is its effectiveness in producing a higher yield of crops than traditional farming methods. This makes hydroponics more attractive since the demand for food is increasing.

Organic food has been all the rage in recent years, and agriculture statistics reinforce that notion. Namely, organic food sales reached $50.1 billion in 2019. This is an increase of 4.6% compared to the previous year.

From the statistics mentioned above, we’ve learned that agriculture is not just the most extensive industry globally; it’s probably one of the most important industries both economically and socially. However, much deliberation is needed to address agricultural issues on climate change and food shortage.

Several countries are making headway in terms of technology and organic farming that prove to be promising. It is of utmost importance that these methods turn out effective in increasing yield. After all, the future of the entire world rests on the success of these methods.

Which countries produce the most agriculture?

China is the number one producer of food in the world. This is because the country’s eastern and southern regions have rich and fertile soils. Consequently, the country is exceptionally productive. Also, the country has the greatest number of food workforce with approximately 315 million workers.

What percentage of land is used for agriculture?

Which country is most advanced in agriculture?

The Netherlands is a small country that possesses little of the so-called natural resources essential in agriculture. Yet, it is the second-largest exporter of food measured by value, following the US that has 270 times Netherland’s land area. The country rallies precision farming, which drastically increases its production. The country’s farmers use drones that monitor soil chemistry, water content, nutrients, and every single plant’s growth.

Is agriculture the biggest industry?

Half of the world’s habitable land is reserved for agriculture. Hence, it’s not surprising that agriculture is the world’s largest industry. It provides the livelihood for more than 1 billion workers and generates approximately $1.3 trillion in revenue per year.

Which country has no agriculture?

According to one agriculture statistics report by the World Bank, the top three countries with the least arable land are Suriname with only 0.53% of agricultural land, Greenland with 0.57%, and Singapore with 0.95%. Suriname has the smallest land area available for agriculture compared to all other countries around the world.