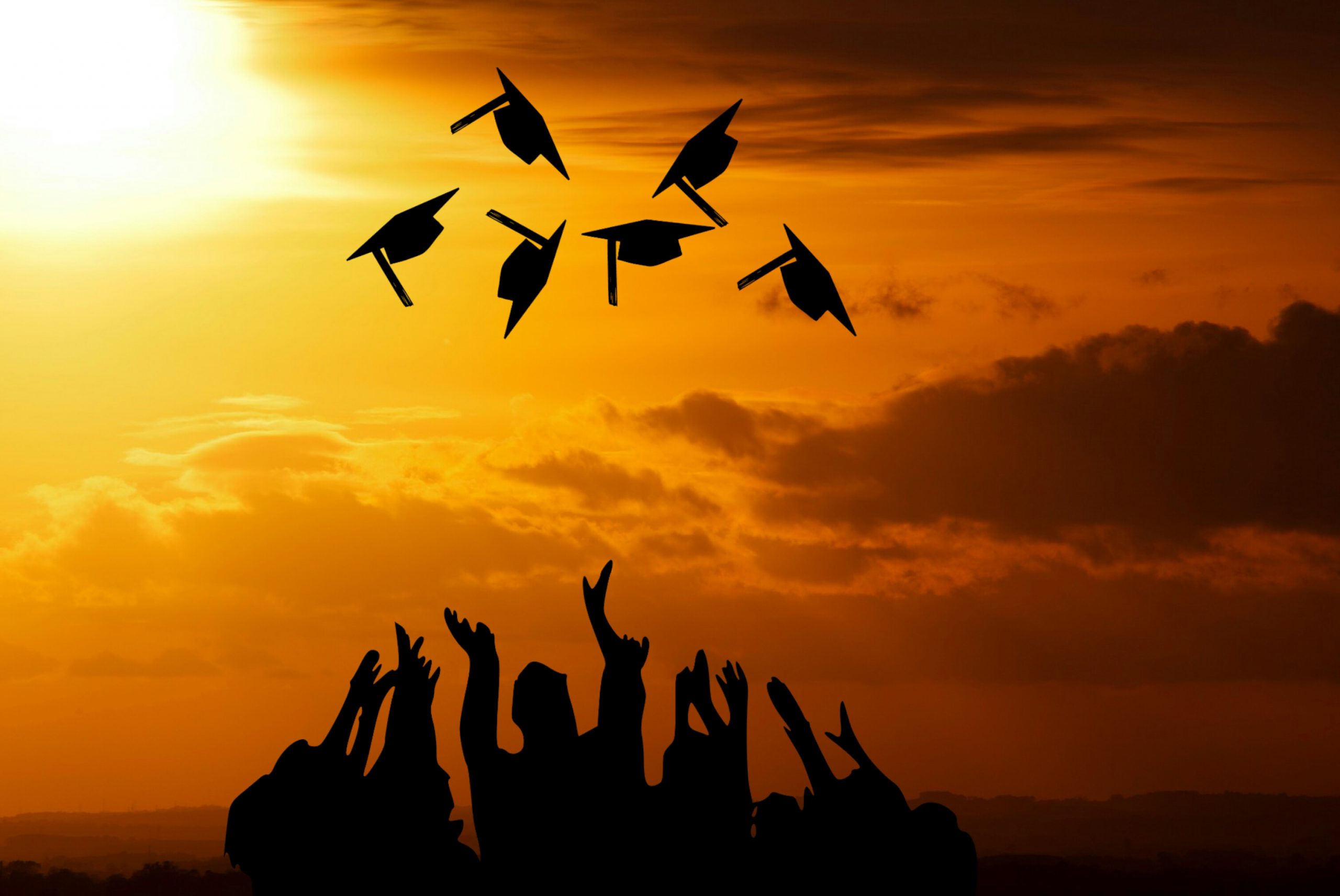 37 Stunning College Student Statistics for 2020 and Beyond

For many of us, the time we spent as students is some of the best years of our lives. Not only was it a time of self-discovery, learning who you are and who you want to be, but you also met valuable new friends. You even got a diploma to help you get a good job.

If you want to learn more about the state of higher education in a quick, easy-to-digest format, this list of amazing college student statistics is exactly what you need. So read on and enjoy!

1. There are approximately 20 million students in the US.

The United States is, by all accounts, becoming more and more educated every year. Increasingly more high school students are deciding to enroll in college and persevere to at least a bachelor’s degree. And what percent of Americans go to college and attain a degree? The data suggests that 34% of them do so.

As the years roll by, colleges draw in more and more students. College enrollment statistics point out that there are 6% more students aged 18 to 24 getting into higher education. Notably, fewer of them are enrolling in 2-year programs than ever before.

5. First-term students engaged in extracurricular activities have a 17.5% better GPA.

College enrollment statistics by university reveal that the University of Phoenix has enjoyed the most enrollments of all universities in 2020. It took in 212,044 students, nearly double that of the runner-up (Western Governors University, 121,437 enrollments). More precisely, UoP’s Online Campus is the one that got the most enrollments according to the statistics about college students, which makes sense when we take the coronavirus pandemic into account.

7. 79% of students claimed they wouldn’t attend a party if colleges reopened in Fall 2020.

The COVID-19 outbreak has made social distancing a prime tool of defense against infection. Many students understand this, judging by college party statistics. Namely, almost four-fifths of students would stay away from a party following the reopening of colleges in the fall of 2020.

Basically, every facet of society took a hit from the coronavirus outbreak, and college is hardly the exception. Overall, admission is expected to dip by about 4.4% in 2020, as college enrollment statistics by state indicate.

“First-generation students” refers to students whose parents never attended college. These students often come from poor families and largely belong to ethnic minorities. Luckily, quite a few of them manage to go through with their studies, as first-generation college student statistics tell us.

It’s not much of a surprise to learn that the average student is pretty young. Seeing that many high school graduates bounce right into higher education, the average age of college students is unsurprisingly somewhere between 18 and 24 years of age.

While the average student is quite young, your typical graduate will be noticeably older. The average age of college graduates is 33. Interestingly, this average has remained pretty static over the years, as it was the same way back in the 1990s.

Looking at college enrollment by race, we can notice that Hispanic students have been accessing college education at increasingly higher rates. When contrasting the rates from 2000 and 2018, we see quite a large growth in the number of enrolled Hispanic students amounting to about 14%.

Impoverished families seem to be doing progressively better in terms of college enrollment. The proof is in the very promising low income students college statistics. These stats reveal that 20% of students came from poor families in 2016, compared to just 12% in 1996.

15. More than 100 campuses have dedicated offices or resource centers for LGBTQ students.

Resources for students belonging to the LGBTQ community are more readily available on college campuses than in previous years. LGBT college students statistics tell us that more than 100 campuses have offices or resources to help these students. Seeing that reportedly 65.1% of TGQN (transgender, genderqueer, non-conforming) experience some form of harassment, these resources are surely welcome.

For a long time, the majority of college students were male, constituting around 58% of the whole population in the 1970s. Nowadays, the situation is reversed. Standing at 57% in 2018, the percentage of female students exceeds that of male students.

Student loan debts are a major burden on much of the US student population. While a number of them manage to tackle their debts, it is nonetheless an issue that follows many students for years. According to student loan statistics, the average loan was $29,900 in 2019, with 69% of all students taking these loans.

The student debt crisis obviously affects some students more than others, but a stunning number of them are up to their ears in debt. As student debt statistics grimly admit, more than 3 million US students struggle with loan debts of over $100,000.

19. The total US college student loan debt amounts to $1.64 trillion.

If the severity of the student loan debt crisis hasn’t been hammered in for you yet, take a look at this one. One of the more depressing student loan facts warns that, overall, students owe as much as $1.6 trillion. That makes it the biggest debt in the United States besides housing debt.

20. On average, students believe they can pay off their student debts in six years.

Despite how widespread and serious the student debt crisis is, many students feel like they can manage their debt better than they actually do. According to the student loan debt facts and stats, the average student feels like they can get rid of the debt within six years. Seeing that the average student actually does so within 20 years, as statistics about college students tell us, that estimation seems way off base.

21. 30% of all bachelor’s degree recipients graduate without debt.

While it affects many, a lot of students actually graduate without dealing with any debt. It’s one of the more encouraging student debt facts that almost a third of all students earn a degree without dragging any debt with them. Meanwhile, a small percentage (around 10%) winds up with a relatively modest debt of $10,000 or less.

22. 64% of young adults dropping out of college are doing so due to mental health issues.

(The American Institute of Stress)

College students and stress are practically a synonym at this point as students juggle their studies, a job, and other obstacles in their lives. It comes as no surprise then to learn from college student stress statistics that four-fifths of them report feeling stressed on a regular basis.

The uncertainty dropped on the world by the coronavirus pandemic has been mentally and emotionally taxing on all of us. And as one might have expected, there was indeed an increase of depression in college students, as statistics show us. Interestingly, though, things like substance or alcohol abuse, anxiety, and suicidal ideation have not grown – some have even dropped slightly.

25. About seven out of ten college presidents reported that they had reallocated or identified additional funding to address mental health issues.

26. Only 10% of college athletes seek out counseling for their mental issues.

A lot of students struggle with depression or anxiety (around 33%), but only about a third seek counseling. That’s bad enough, but the situation appears even worse for student athletes. Analyzing the student athlete mental health statistics, one finds that only 10% of depressed persons in this demographic turn to professional help for their mental health.

28. The average college student sleeps between 6-6.9 hours a night.

When it comes to sleep deprivation in college students, statistics prove what we already know. The average student perpetually lacks sleep, getting approximately 6-7 hours of sleep. While not horrifyingly short, this sleep time is still below the recommended eight hours, which could lead to health problems if the habit continues.

College student exercise statistics show that a considerable chunk of this demographic works out regularly. It would be great if the number was a little higher because, according to scientific brain facts, exercise is one of the best ways to keep the mind healthy. In fact, there’s a strong correlation between a better GPA and exercise. All the same, the current college student statistics on this topic are still good news.

There are few times in life better for drinking and partying than your college years. Plenty of college-goers are aware of this, as evinced by the alcohol facts for college students. Apparently, over half of the students in the 18-22 age bracket have consumed alcohol in the last 30 days or so. Meanwhile, roughly a third of them have been binge drinking (meaning they’ve gotten their blood alcohol content up to 0.08 g/dL) in the same time period.

31. Participants who drank 11 glasses of milk or more within the past seven days reported the highest GPAs.

Here’s one of the strange college student diet statistics. It looks like a lot of students with high GPAs do some serious milk drinking. Namely, a high number of them with a GPA of roughly 3.5 drink a hefty 11 glasses of milk every week.

32. The average college student gets two parking tickets a year.

33. The average caffeine consumption among college students is 173mg a day.

34. Around 80% of US college students have abused alcohol.

There are some worrying trends in drug use in college students, as statistics warn us. Four-fifths of US college students have abused alcohol. This is definitely concerning, but it has apparently been a staple of the college lifestyle for decades since the alcohol consumption rates have remained virtually the same since the 1970s.

35. 35% of college students are obese or overweight.

The obesity epidemic in the United States and beyond has not passed by college students. An alarming 35% of them are either overweight or obese, as obesity in college students statistics state.

When it comes to college students living at home, statistics show that more than half of this demographic attends college while still living at home. Among these students, a lot more of them live in families with incomes exceeding $100,000 than in previous years.

37. 29% of community college students are parents.

Hopefully, this list of college student statistics has given you a better insight into the life of this demographic. We can see that college students have a lot on their plate, combating mental health problems and often crippling debts. On the other end, quite a few of them have a predilection for drinking, likely as a coping mechanism for all of their stressors.

So if you know anyone attending college, don’t give them a hard time. The odds are that they’re dealing with enough as it is.

What percentage of students go to college?

Judging by the data from 2016, approximately 69.8% of students go to college. Statistics on college attendance rates reveal that the majority of this population (around 30%) is expected to earn a bachelor’s degree, while about 20% of them intend to finish their master’s studies.

What percentage of college students are female?

Somewhere around 57% of college students are female. This is actually a dramatic shift in college student demographics compared to the previous decades when men were the majority group. Back in the 1970s, 58% of college attendees were male.

How many students are currently enrolled in college?

What is the average age of a college student?