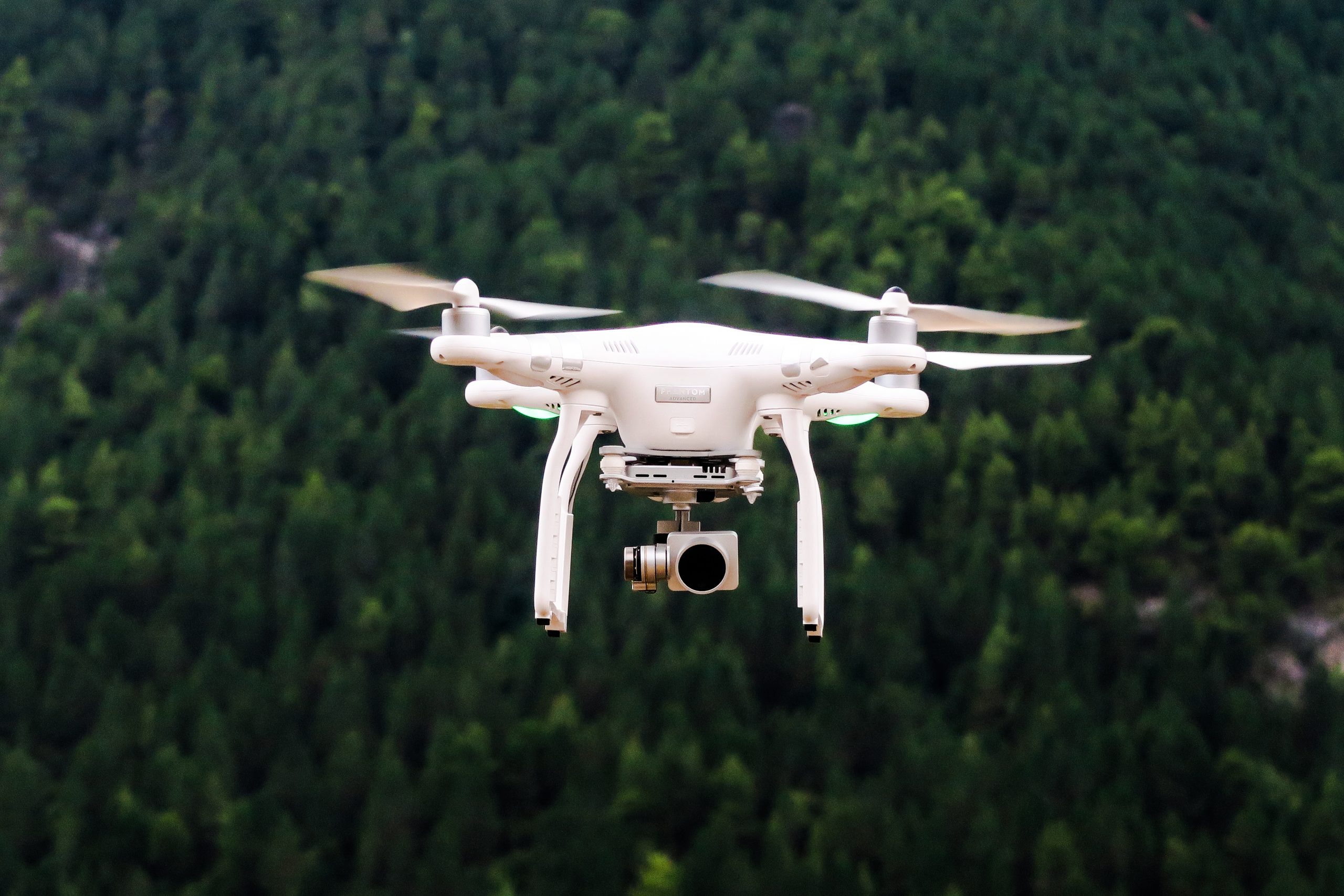 Drones are everywhere nowadays. The drone statistics show that the industry is growing very fast. There’s even a chance that drones will take over the sky if it is not strictly regulated!

Drones have multiple commercial uses in the States. At the same time, drones are being used for industry, army, and governmental needs. In this article, we’re going to talk about some of the most important and most interesting facts about drones. 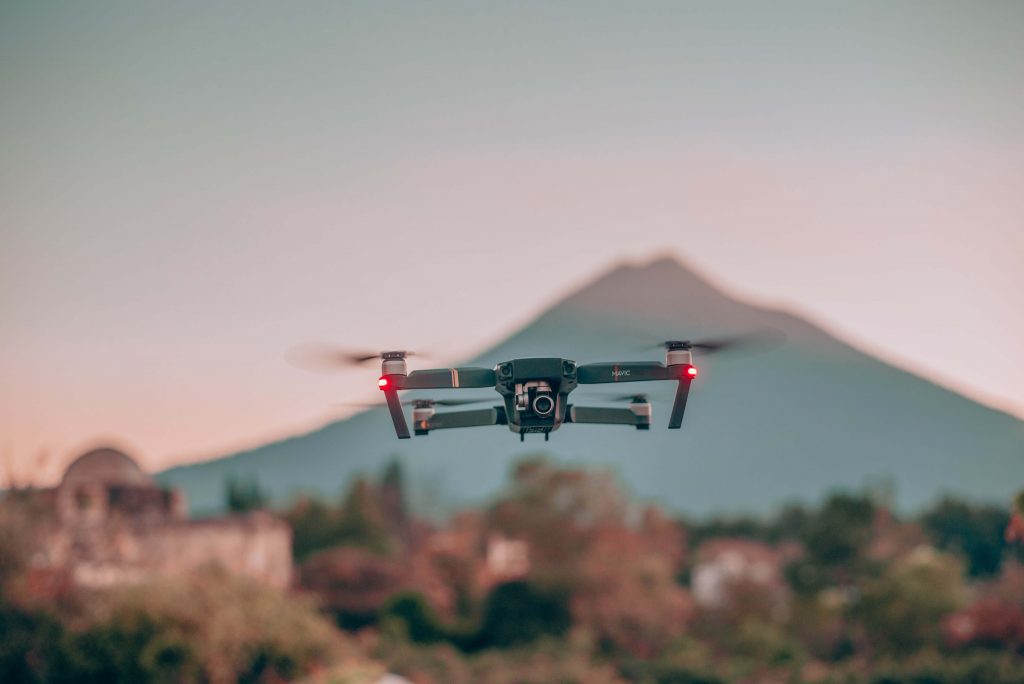 Here’s one of the fun drone facts:

‘’Drone” does not only mean a flying object. All that is conducted from afar or without human presence is considered a “drone”.

So, we can say that Nikola Tesla’s autonomous boat that was conducted using radio waves was the first drone developed.

Majority of the registered drones are recreational, with 1,256,336 in number, while the rest are for commercial purposes reaching 522,645 as of January 2021. The FAA drone statistics also reported there are 208,010 remote pilots certified.

3. The largest drone provider in the US is DJI with nearly 80% of the market.

The Chinese company DJI has an enormous drone market size, statistics say. They hold about 80% of the American market and 60% of the global market. They are a pioneer in this industry and the biggest player in drone making.

4. The business and the government spent $13 billion on drones.

The drone business statistics say that businesses and the government spent a total of $13 billion on drones. The benefits of the drones being used in business and government needs are obvious, but their spending is no way near those of the commercial drone sales statistics.

5. The minimum age for flying a drone legally is 16 years.

There are 3 conditions to get a drone flying certificate. Be 16 years of age, pass an aeronautical test, and undergo a security screening. More than 13,000 got the license and fall in the official drone user stats.

The drone accident statistics showed 385 accidents involving drones in 2017. This is one of the reasons why the officials want to limit their use and make their use controlled by state officials.

While most business enterprises incurred huge losses due to the coronavirus pandemic in 2020, it seems the drone industry was one of the few exemptions. Sales on consumer drones statistics indicate more than $1.25 billion revenues were generated in the US last year.

9. The drone industry is expected to grow at 15.37% CAGR over the next five years.

The drone industry growth is estimated at a CAGR of 15.37% between 2021 and 2026. Moreover, the market is worth $47.76 billion by 2025. Drones were initially used as military devices, but over the past five years, its use in commercial applications has been increasingly growing.

10. Roughly 15% of Americans have flown a drone according to US drone statistics.

A recent survey conducted among 1,050 participants revealed a small percentage of drone usage in the US.  It was found that only one in every seven Americans has flown a drone. Moreover, more men (24%) use drones than women (10%).

Drone users stats reveal that just 8% of Americans own a drone. Of those who own a drone, 9% are men while 7% are women. As far as the age bracket is concerned, the majority of the drone owners are middle-aged (35-44), accounting for 10%.

12. More than 50% of registered drones in the US are used for recreation.

Drone statistics clearly show the commercial use of drones is increasingly expanding over the years. Still, the majority of US registered drones are for hobbyist use.

The exact percentage of recreational drone statistics denoted is 57.16% of the total registered UAS. It’s a little higher than the commercial ones, accounting for 42.84%.

As it’s apparently seen from many drone statistics, surveillance is one of the major purposes of drones. This technology allowed Drone Deploy to gather 100 million pictures online and covered millions of acres.

14. Drones can deliver a package in less than 30 minutes.

In the future, we’ll see the drone delivery retail statistics go through the roof. Based on the specs and financial benefits, this is not that far away, actually. The drone delivery facts say that they can get the package to the client’s door in less than 30 minutes.

Statistics for Commercial Drone Use

15. The surveying costs of companies can be reduced for up to 98%.

The agricultural drone usage statistics say that 12-acre land can be overlooked and controlled by a drone instead of the traditional way. This will save the business 98% of the expenses.

Even though the US drone use statistics say that in 2016 there were only 42,000 registered commercial drones in the US, this number is expected to grow 10 times by the end of 2020.

In order for drones to fly, there must be someone to operate them. To avoid drone accidents, companies will need to hire professionals. The statistics about drone accidents in the US say that every month there are more than 20 near accident situations.

So, we need someone to take control, like, asap.

18. 79% of buyers over the internet would agree to get delivery by a drone.

Almost 8 out of 10 people, according to drone industry stats, say that they’d agree to get a package bought online delivered by a drone.

19. 53% of people think that drones are environmentally more friendly in delivering packages.

When it comes to drone delivery statistics, more than half of the people think that using drones is good for the environment. The drone delivery stats also say that 57% of them think the packages will get where they’re going faster.

20. The application of drones in various sectors is worth around $127 billion according to the drone statistics in the United States.

The entire industry is worth just a little less than $130 billion. The delivery drone stats, along with those in agriculture, construction, and all the other industries put together make this number possible.

21. The agricultural drones market is worth $32 billion.

A large piece of the already mentioned 127 billion belongs to the agriculture industry. The statistics for drone use in agriculture say that drones help the people in the surveillance of these large grounds tremendously.

22. Construction drone facts say around 25% of construction sites are covered by drones.

The construction professionals realized the benefits of drones almost immediately. Almost 25% of all construction sites in the US are covered with drones. When it comes to the worth of drones in construction, statistics show it is around $5 billion.

Based on Statista’s previous forecast, the market for retail consumer drones continues to increase globally, from 2017 up to 2020. The drone retail statistics show this particular market will reach $3.3 billion worth in 2020. 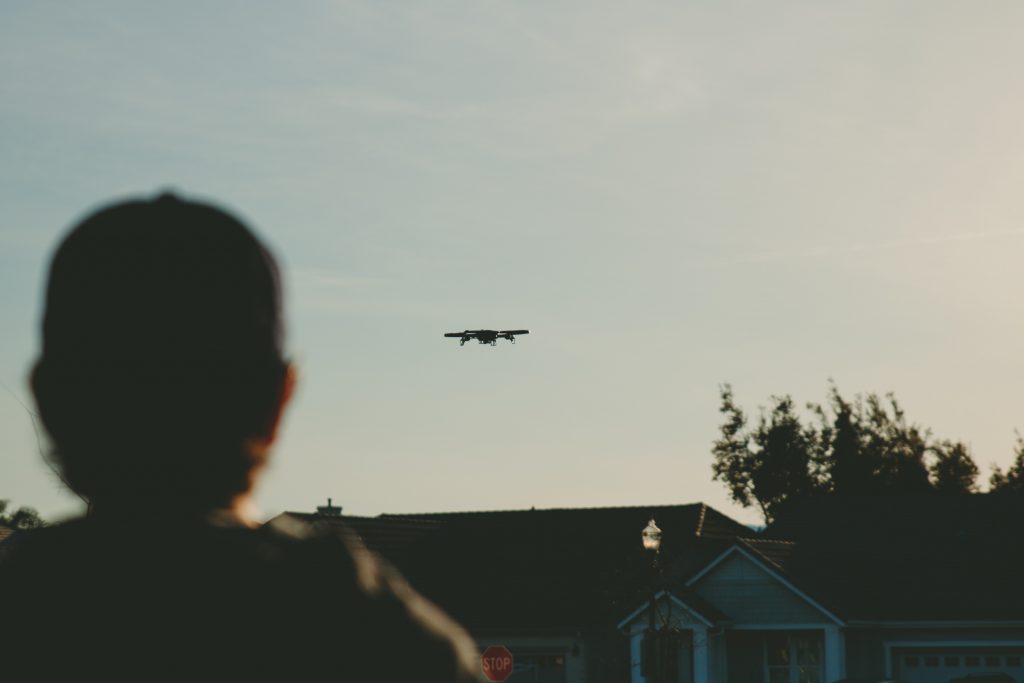 Industrial, governmental, and military drone statistics suggest that the market reached $100 billion as the year 2020 started.

25. Drones for the military first started flying in the 90s.

One of the most interesting military drone facts says that they were first used in the early 90s of the last century. According to the drone strike statistics, the attack on Serbia was the first time the Army used them in a war.

Imagine how it is to win a war without even being present on the field!

Drone sales statistics for the government say that they spend almost $18 billion on this. The benefits are enormous, though.

Not only on the battlefield but in the city too, police drone statistics say.

The Army uses them in their missions around the world. The drone strikes stats show impressive results. The predictions are that in the next 10 years, the USA will buy 1000 UAVs more.

28. The most affordable army drone is worth $15 million.

According to the experts’ little known drone facts, the most affordable drone is worth $15 million. With a couple of billion spent, the US army is logically on top of the number of drones among all countries in the world.

Even though the White House is one of the best-guarded locations in the world, on January 29th, 2015, the drone incidents statistics reported another case of a hobbyist crashing his private drone in the yard.

30. Among all the drone crashes in the world, the US Army is responsible for 70%.

As part of the bad drone statistics, a survey made by Drone Wars UK says that 70% of the army drone crashes in the world are US-owned.

31. There are 25 reports of drones flying too close to aircraft monthly.

Some of the most interesting drone facts are the reports of drones flying too close to commercial airplanes. The stats of drone use in the States say there are more than 4 million flying objects, so we can say that this is more or less expected.

Still, these are not a part of the official incidents list. However, caution is advised as these air travel statistics suggest.

32. 90% of all who are tested for drone flying license pass.

Even though the facts about drone registration say 9 out of 10 people pass the license test, the news is always full of drone injury statistics. The number of drone collisions, and statistics about how many drones crash is not clear enough.

There are lots of unreported cases and there’s the military who’s not reporting all their incidents. That’s why we can’t have an exact number.

According to ResearchAndMarkets.com and their drone repair statistics, the market is going to reach almost $100 million by the second half of this decade. The drone sales statistics in the United States are going up which means repairing them will also go up.

This info is on officially sold items, but since we don’t know how many drones are in the US that were constructed privately, we can’t make clear data of it.

34. The FAA requires a remote ID for drones.

Due to the increasing number of drone collision statistics disclosed, this prompted the concerned government agency to regulate drones more. The FAA is soon going to raise the drone rates for registration and ask all drone users to implement devices that will enable tracking by the authorities.

Drones are everywhere these days.

Next time you’re at a concert or at any type of open-venue event, just look up and you’ll see what I mean.

The drone statistics show some outstanding industry growth so far. Drone toy facts say they are being sold by millions and people completely love them.

On the other hand, industries benefit a lot from them. They save lives, help companies grow, and their use will be much better effectuated in the near future. The future is promising to be really exciting, no doubt.

How many drones are sold each year?

How many registered drones are in the US?

The drone facts and figures show 1,782,479 registered drones are in the US, 522,645 are commercially used while 1,256,336 are intended for recreation. Take note that this excludes the toy drone facts and stats.

Based on the drone flight statistics, sales of consumer drone shipments to dealers in the US in 2020 were more than $1.25 billion worth. The exact number of drones sold was not specified. But it was previously predicted that units sold will reach 2.7 million.

What is the drone market worth?

The drone statistics project that the total market size for drones will be worth $100 billion. This is driven by the rapidly increasing demand for drones both from the commercial industry and government sector.