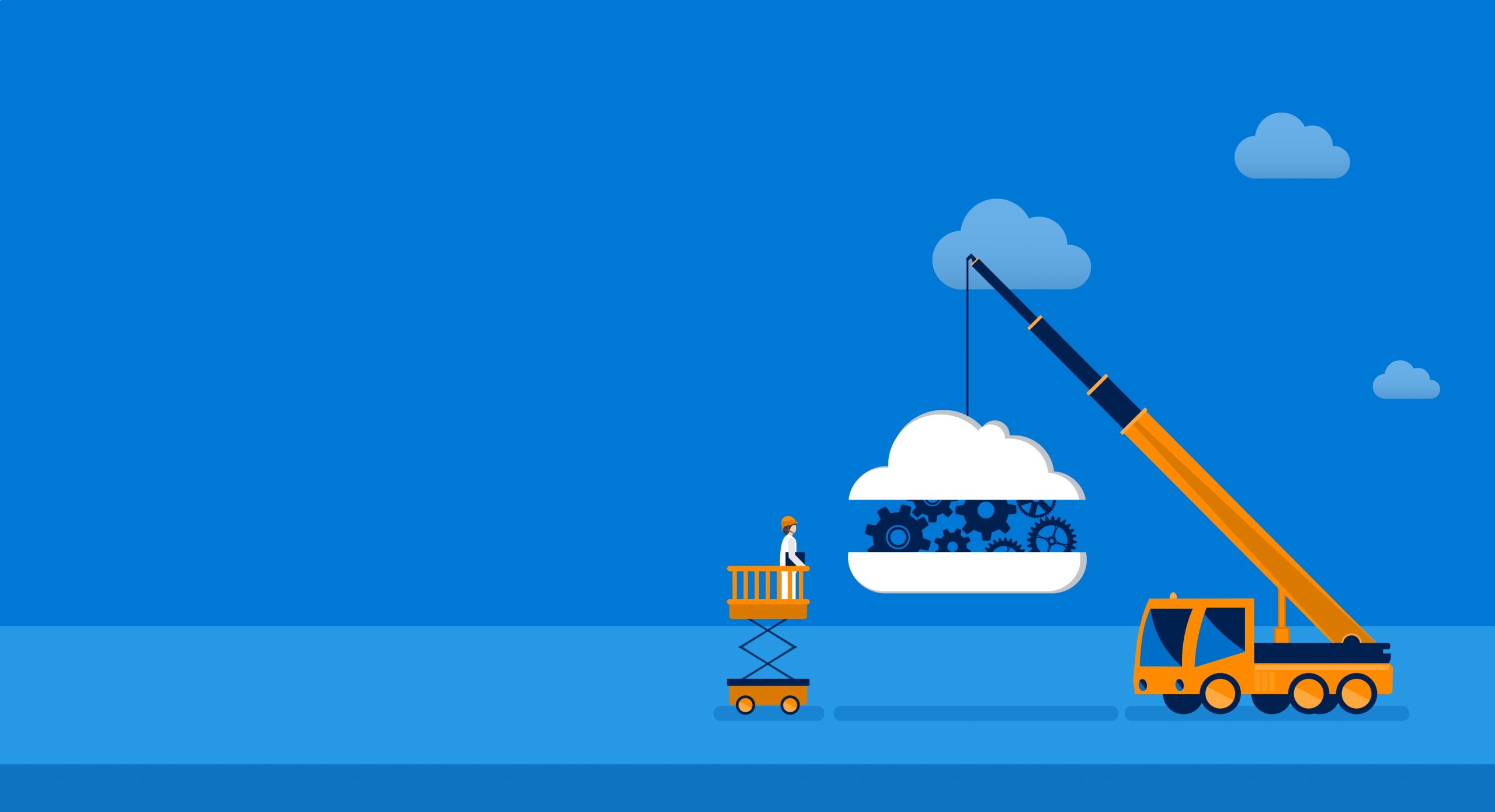 “Data is the new oil” is perhaps one of the most popular catchphrases highlighting the importance of data. The metaphor is, admittedly, a bit inaccurate, but it paints a picture of our collective online footprint concerning the global economy and our digital lifestyle.

But how much data is created every day? Frankly, there is no definitive answer to this basic question. The Googles, Amazons, and Facebooks of the world could not keep count even if they wanted to.

Luckily, we can advance our knowledge of the data-driven world with the fascinating statistics and facts below.

How Much Data Is on the Internet? Plus More Stats (Editor’s Choice)

How Big Is Big Data?

The rate at which we create information has been growing for years at a more-or-less predictable rate. As such, we can get a decent idea of how much data will exist in the world a few years from now.

The relevant data stats agree that there should be around 175 zettabytes of data by 2025. It’s a number that’s hard to envision! But as you read on, you’ll get a better idea of its scope.

By the year 2018, the digital world had been generating jaw-dropping amounts of data. It was the year when people used over 3.1 million gigabytes of internet data, and 1.25 new bitcoins were mined every minute.

A zettabyte is 1,000 bytes to the seventh power. In other words, one zettabyte has 21 zeros. Such an insane number was attainable by adding up the total amount of data generated each day by social media sites, financial institutions, medical facilities, shopping platforms, automakers, and many other activities online.

4. At the beginning of 2020, the number of bytes in the digital universe was 40 times bigger than the number of stars in the observable universe.

The exponential growth of big data is difficult to perceive. That said, some comparisons can really put it into perspective. There were 40 times more data found in the digital realm at the beginning of 2020 than observable stars in the universe.

5. By 2025, the amount of data generated each day is expected to reach 463 exabytes globally.

For those who don’t know, an exabyte is 1,000 bytes to the sixth power. The estimated amount of data on the internet created daily will be 463 exabytes in 2025. To add to the amazement, all the words ever spoken by humans fit into only 5 exabytes.

There are unbelievable 1,200 petabytes of information stored by Google, Microsoft, Amazon, and Facebook. Although this number sounds amazing, all the data across the rest of the Internet put it to shame. In all likelihood, these industry leaders will increase the amount of data on their websites even more.

In other words, nearly 60% of all the people on the planet at that time were digitally active. The internet penetration rates in North America and Europe were around 90%, but the largest group of people on the Web came from Asia, comprising just over 50% of overall traffic.

Africa, the planet’s second-most-populous continent, has been exhibiting the fastest growth, with a growth rate of 12,441% from 2000 to 2020. With these statistics in mind, it is no wonder that the amount of data created daily is getting increasingly harder to comprehend.

8. 80% of online content is available in just one-tenth of all languages.

One of the many reasons billions of people are still offline is that they struggle to find the content they can understand. So, despite its massive expansion, the growth of data on the internet has not been diverse enough to accommodate everyone.

At the moment, Google stands as the undisputed leader in the realm of Internet searches. Every year, 1.2 trillion searches take place thanks to Google.

Of course, Google didn’t start out with such wild numbers. Given how much data is on the Internet now compared to the earliest 2000s, it never could. But it enjoyed outstanding search volume growth YoY (especially in its younger years), and the amount of data online grew along with it.

10. Despite processing just 6.62% of all searches in the US, Bing makes almost $5 billion in ad revenues.

While obtaining the amount of data generated by Google daily is still a pipedream, Microsoft’s search engine has yet to fade into oblivion. Apple devices may have switched back to Google, but Bing has been the default search engine of most internet properties and hardware pieces that Google could not control.

Bing’s story emphasizes the intriguing monetary value of data generated daily in the eyes of marketers.

While the available data presented only the first half of the year, the figures indicate that global app downloads from both stores have surpassed half of that in 2019.

12. The world spends almost $1 million per minute on commodities on the Internet.

Online shopping is becoming the norm with every passing day given the above data. Since a buyer’s online journey, from the initial site visit to purchase, is typically well documented, every purchase contributes to how much data is created every day.

Meanwhile, here are some more every-minute numbers that show just how much information is on the Internet. For example, there are around a million views on Twitch per minute.

Emails have been a widely used communication medium, be it in the workplace or for personal purposes. When the COVID-19 pandemic hit the globe in 2020, forcing many companies worldwide to move their offices to homes, online communication became even more significant.

With nearly 306.4 billion emails sent and received per day last year, emails are undeniably a key indicator of information growth.

14. Almost 5 billion videos on Youtube are watched every day.

Looking at the data generated every day by YouTube, we can see that the video platform receives a lot of attention. Overall, YouTube reached an amazing 5 billion videos being viewed every single day.

This number was just 266,000 in 2018. This statistic represents the growing love of internet users for media streaming. Considering the rise of the company’s share of the total amount of data in the world in 2019, Netflix has further cemented its position as a staple of the cinema viewing experience.

In the hope of preserving its market share, Netflix does what it can to boost the movie and TV show data created every day. To that end, the streaming giant added approximately 2,769 hours of original movies, TV shows, and other productions.

As a matter of fact, Netflix’s content output increased dramatically in just a short span of time. From $1.4 billion in 2016, this has skyrocketed to nearly $10 million in 2019.

17. Four petabytes is the estimated amount of new data being generated by Facebook daily.

Instagram’s parent company is still growing on its own. In fact, its number of active users has been on an upward trend since Q1 2011.

As of Q1 2020, around 1.8 billion people logged on to the most popular social networking site every 24 hours. It is safe to presume that the amount of data created on Facebook every day will not go down any time soon.

Despite the microblogging site’s character limit, that number still translates to an enormous amount of big data generated daily. Twitter may not have seen a steady rise of monthly active users since 2019, but the service is still America’s favorite social media, apart from the Facebook-owned brands.

The initial prediction that Snapchat usage would not recover in the coming years was indeed false. After suffering in 2019, the platform was able to bounce back and increase its amount of data and use generated daily per person in 2020. In the first quarter of 2020 alone, the number of snaps created on Snapchat reached a whopping 210+ million per day.

It seems that Snapchat is not the only one making breakthroughs, but so does Instagram. The photo- and video-sharing social networking service had a big year. In 2020, the number of people using the app worldwide did not only reach the 1 billion mark but even surpassed it. This notable rise in the number of users helped boost Instagram’s daily user data production.

Apart from emails, texting is one of the most frequent activities happening online. Based on statistics, the amount of text data created every day across the globe is more than 18 billion. One-third of this number, or 6 billion SMS, is sent in the U.S. daily.

Game streaming has become a global phenomenon, attracting over 1 billion internet users. As of January 2020, 20% of internet users watched live streams of other players every month, up by 7% from 2019. The amount of data generated daily by passive and active gaming enthusiasts has been ballooning as a result.

The smart speaker ownership in America grew tremendously from roughly 119 million in 2019 to a staggering 157 million in 2020. In all likelihood, the daily US data production will steadily grow as more and more people warm to IoT devices.

Gaming has been a budding industry for decades, with an ever-expanding user base. So how much data does gaming use? It’s difficult to estimate, but some gaming giants, such as EA, have their own data wrangling. Apparently, EA receives around 50 terabytes of fresh data every single day.

25. 5G can increase data transmission speed by up to 100 times and decrease latency from about 20 milliseconds to one millisecond.

In the future, where the adoption of the 5G cellular connection is pervasive, the amount of data produced daily will be nothing short of unfathomable. Imagine how much content you would consume if you could download an entire TV series season in less than a minute.

Right now, 31.4 gigabytes is the average amount of data used per month worldwide. But the arrival of 5G technology has already driven up smartphone data usage dramatically in the areas where it is available.

As of July 2020, the average 5G customer in South Korea used 26.9 GB per subscription. Such data usage is more than 2.6 times what typical 4G subscribers consume. Faster internet speeds will almost certainly cause the amount of data created daily to skyrocket.

Presently, there are more than 26 billion of them. In 2019, about 180 smart speakers were shipped every 60 minutes. In 2018, only 67 voice-first devices were shipped per minute. Judging by all the data available, the upward trend will continue.

If you can’t work out how much data is created every day, you should better learn about and get used to zettabytes and yottabytes. The proliferation of IoT products will flood the digital universe with pieces of data never before available.

With the aid of 5G networks and IoT devices, worldwide internet penetration will continue to surge. One estimation has revealed that, in January 2019, there were more than one million new users every day, which was a historical fact. Naturally, it translated to a greater amount of data generated daily.

How Much Data Is Created Every Day: Final Words

Knowing the amount of data created every day means nothing if we do not know how to use it strategically. Like oil, data itself has little intrinsic value. Instead, what really matters is the actionable insights that can be learned from it. Seeing how much data is on the Internet and how much is added daily, there is certainly a lot to be gained from harnessing it correctly.

Every day, we create roughly 2.5 quintillion bytes of data. With the growing popularity of IoT (Internet of Things), this data creation rate will become even greater.

How much data does Google process every day?

Google processes more than 20 petabytes of data every day. This includes around 3.5 billion search queries.

How much data is in the world?

There are approximately 44 zettabytes of data in the world in 2020. Given how much data is created every day, there will likely be 175 zettabytes by 2025.