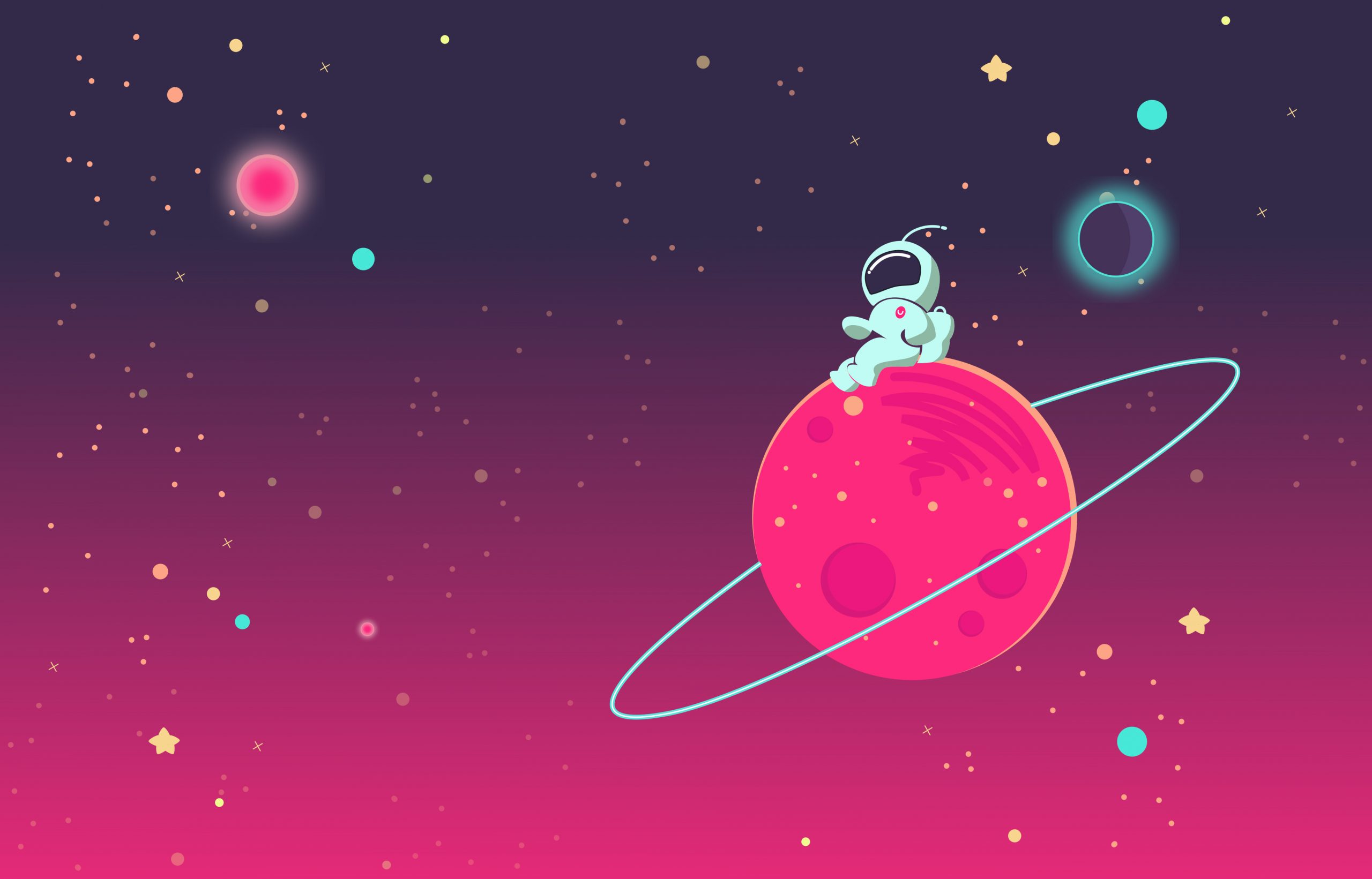 Humans have gotten so much further into exploring our space. The space exploration statistics show us that we’re now just years away from inhabiting Mars – something that was unimaginable just a decade ago.

The US and the Russian governments started the most serious attempts for conquering space. Over the years, the race for the cosmos gets more intense and even sophisticated as advancement in technologies and electronics unfold.

So let’s not waste any more time and dive in! 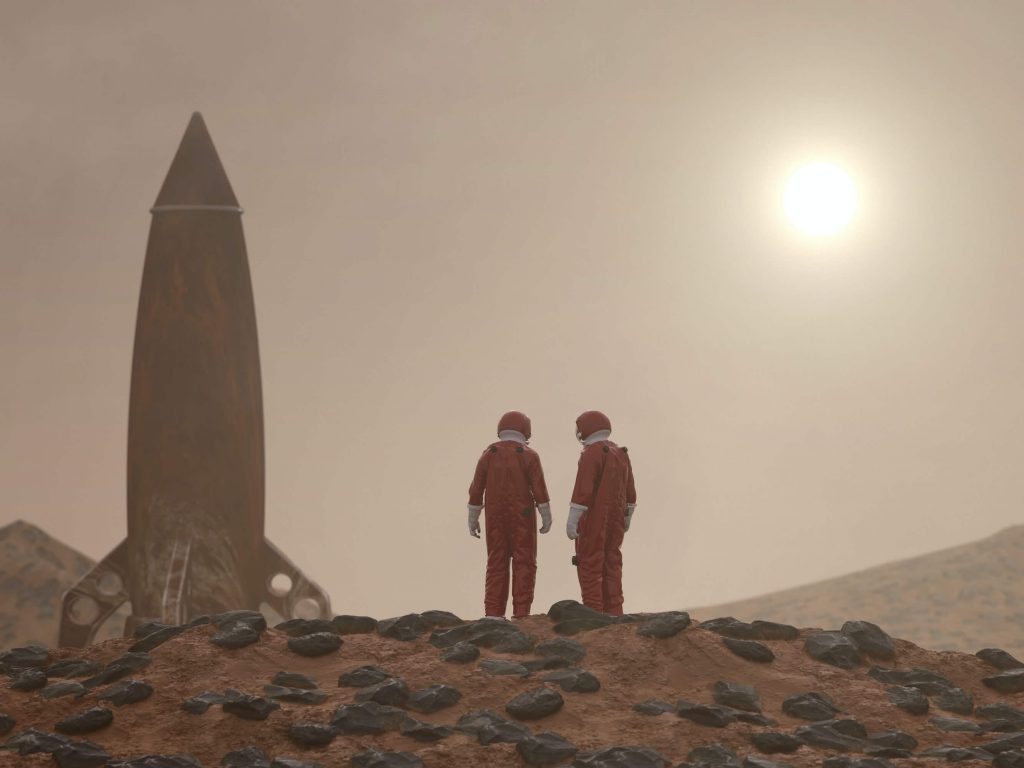 1. In the history of mankind, 8,378 satellites were launched in space.

A total of 8,378 flying objects were sent to space since the beginning of history. However, the space launch facts show that no more than 5,000 are still up there above us.

2. The USA is the leader of launched satellites with 1915 in space.

The total number of space launches by country and organization is more than 8,000. The USA and Russia are leading the parade, with 1,915 and 1,525 respectively. China is responsible for only 390 and is in third place on the space launch stats list.

3. NASA’s annual budget for space exploration is expected to increase continuously until 2023.

The stats about space exploration show that America’s national space administration yearly budget has been increasing since 2014 and it will be until 2023. However, the amount is seen to fall starting 2024.

Statistics about space exploration say that  a little more than 70% of Americans think it’s important for the States to be the leaders in the world space program.

Statistics on space exploration tell us that the International Space Station costs around $150 billion.

Some interesting facts on space exploration include that 18 countries participate in this program. Surprisingly, the tech giants China and India are not among them.

6. 80% of Americans think the investment is good for the USA.

80% of Americans think the investment was good for the country, say the space exploration statistics in the USA. Even though most of it was paid for by the States and is now shared with 17 other countries, the facts about space exploration and its importance convinced people of its benefits.

We keep hearing about Elon Musk and the SpaceX programs. The private industry space exploration facts point out that companies are capable of traveling to space.

Space exploration safety statistics show that there’s no reason not to let them do it. 51% of people asked strongly agree that those companies won’t become part of the space launch failure statistics. 26% are not as convinced but still, give support.

8. The ISS will become commercially reachable by 2024.

There are more space shuttle launch facts that say people will become space tourists by the year 2024. Even NASA’s documents are showing some space exploration quick facts that say even the government is ready for this move.

The statistics in space research say that NASA uses research to help the needs of mankind. 63% of people think that NASA should focus mainly on monitoring climate change. 62% of those asked also think that keeping an eye for asteroids should also be on the list with priorities.

10. 50% of people think that the future of space exploration is to commercialize it.

Here are some cool facts about space exploration – half of Americans think people will travel regularly in space. And they think this will happen by 2070, according to these air travel statistics!

11. By the end of the next decade, space travel is expected to become a $20 billion business.

One of the little known facts about space exploration is that it may be responsible for a completely different type of travel in the near future. The space shuttle launch statistics show that technology moved forward and by 2030 shuttles might be the standard way for traveling. Space travel is expected to become a $20 billion market.

The industry is now worth around $400 billion. According to outer space exploration facts, this number will double by 2030.

As to how much is the US spending on space exploration, statistics say it is around $1.35 trillion dollars so far.

The USA only landed on the Moon and had a few other exploring missions that were notable. That’s why a lot of people keep highlighting only the negative facts about space exploration. A lot of people think this is just a waste of money.

14. Compared to other departments, NASA isn’t rich at all.

People seem to not be aware of all the facts about space exploration and social science. The budget of NASA is just above 0.4% of the entire US budget. For comparison, the department of defense has $750 billion, or around 16%.

The stats on the importance of space exploration can be found in technological breakthroughs. Moreover, the space program’s main priority is not publicity, but working for the benefits of humanity. 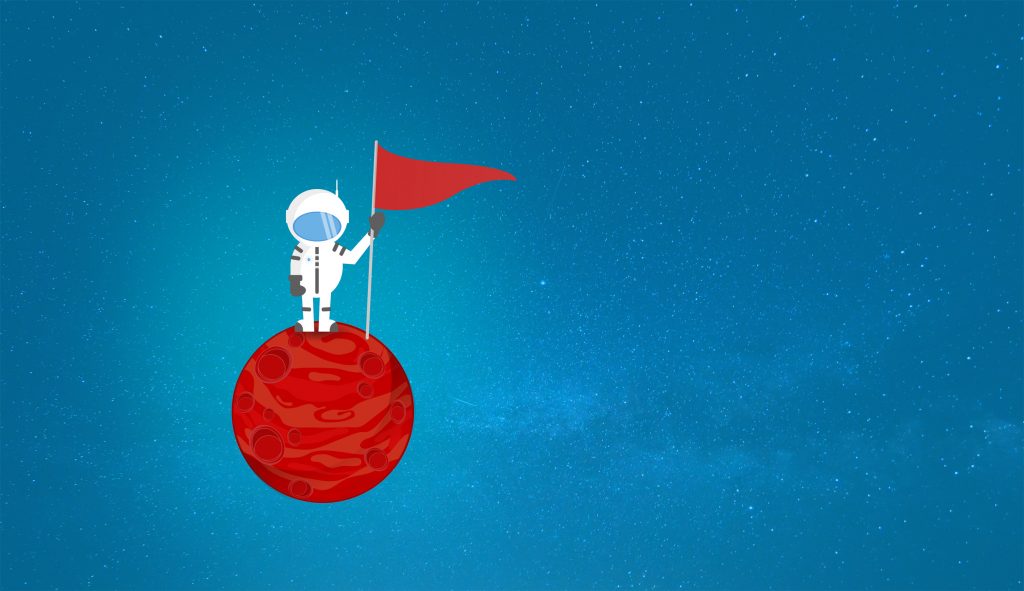 15. SpaceX program claims to be able to get a person from New York to Shanghai in 39 minutes.

Elon Musk regularly announces facts about why it’s important to do space exploration. One of them is the opportunity to use it for commercial needs. Many people offer lots of statistics against space exploration and its bad impact on humanity.

Musk disagrees. He points out that using outer space can make people travel to the other side of the planet in less than 40 minutes. Space launch statistics explain that launching a rocket in the orbit and having no friction of the atmosphere will make travel faster and more affordable.

Using the Russian Soyuz rockets, 7 people visited the ISS. The space travel and exploration facts say that these 7 wealthy tourists paid around $20 million for their trip. They spent a week at the space station. Their trip made them part of the most interesting facts about space exploration we gathered.

17. Virgin Galactic is the first one to launch a private spaceship in space.

Richard Branson and his Virgin Galactic deserve their place among the space exploration unique facts. He is the first one to launch a privately owned spaceship. The price of a ticket for space travel is $250.000.

18. There are 128 million pieces of debris in the Earth’s orbit.

Those 128 million pieces of debris are among the bad facts about space exploration. Of them, 34,000 are larger than 3.9 inches in diameter.

The rocket that took us first to the moon weighed 2900 tons. What is amazing is that 85% of this was the fuel that was carried inside.

The shiny suit we see astronauts wearing when going to space weighs 280 pounds. It takes 45 minutes for a person to put it on. It costs the whopping $12 million.

Are you interested in more space exploration amazing facts?

Well, we have a really good one.

NASA says that there is a planet 40 light-years from us, that might be made of graphite and diamonds. Yeah, you read that right.

The Mars rover revealed important information about the red planet. It was discovered in 1986 that there might be life on it! The space exploration statistics of the US back then showed that some fossils found in rocks might testify that life existed a long time ago.

These space exploration statistics showed us so many different aspects of space and our relationship with it!

One thing is clear – humanity has been trying for ages to explore the depths of space and there’s no way we’re giving up on that! We hope that NASA and the rest of the space programs around the world won’t back down and will come up with even more significant breakthroughs in the future.

Who knows, maybe one day we will be the life on Mars.

Should the US continue space exploration?

There are many space exploration facts with pros and cons regarding this question. It’s up to everyone to decide if they see this as important.

How much money does the US spend on space exploration each year?

On average, around $20 billion. The NASA budget for 2021 was $23.3 billion, representing a 3% increase from the previous year’s budget.

Which countries spend the most on space exploration?

The USA is way ahead of everyone else. China comes second and its budget is half the USA’s. However, the facts about space shuttle launch say that Chinese made a great breakthrough lately, getting closer and closer to the US amount of missions in space.

How much money is wasted on space exploration?

Globally, all countries spend over $400 billion on space programs.

How does space exploration benefit us?

One of the most notable points in the statistics on the importance of space exploration and the one that people recognize as most beneficial is the ability to use smartphones and the internet. Thanks to space programs in many countries, there are now thousands of satellites in the sky giving us this opportunity.

How many space launches were there in 2020?

What percentage of space missions have failed?

Last year, only about 9% of the missions failed. However, the facts about early space exploration say that this percentage was much greater. Until 1975, the percent was 77% after which space flights became safer.

How many space launches have there been?

According to space exploration statistics – 327 space launches with humans onboard.